The EDCTP prizes recognise outstanding individuals and research teams from Africa and Europe who have made significant achievements in their research field. In addition to their scientific excellence, the awardees will have made major contributions to the EDCTP objectives of strengthening clinical research capacity in Africa and supporting South-South and North-South networking.

One prestigious prize is named after Dr Pascoal Mocumbi, EDCTP’s first High Representative and former Prime Minister of Mozambique, for his outstanding contribution to fostering global partnerships in health research and his support for capacity strengthening in Africa.

Prizes are given biennially in a ceremony at the EDCTP Forum, which will take place in Maputo, Mozambique, from 18-21 October 2020.

The Prizes are part of the EDCTP programme which is supported by the European Union under Horizon 2020, it’s Framework Programme for Research & Innovation.

Nomination forms must be submitted to EDCTP exclusively via the email address prizes@edctp.org by Thursday 16 April 2020 at 17:00 CET.

EDCTP intends to award four prestigious international prizes dedicated to the promotion of scientific research, improved health and Africa-European collaboration. These prizes are presented to outstanding individuals and research teams, especially from sub-Saharan Africa and Europe and will be announced at the tenth EDCTP Forum in Mozambique in 2020.

For more details, or to apply, visit the call webpage. 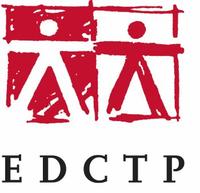