With approximately 2 million deaths every year, tuberculosis (TB) remains the top killer infectious disease in the world. This disturbing figure persists despite the availability of the Bacillus Calmette-Guérin (BCG) vaccine. However, this vaccine has shown largely inconsistent effectiveness across populations with different living standards. This variability has been mainly attributed to biological factors, however they do not fully explain this phenomenon. What is missing in this picture is the understanding of how social determinants may also play a role at influencing individuals’ immunity and ultimately BCG efficacy.

The lack of research in this area is paradoxical for at least two reasons: a) TB has been historically described as a disease of poverty, whose epidemiology and control are still largely driven by socioeconomic factors; b) Despite the efforts, there is currently no new, better TB vaccine in the pipeline that may become available reasonably soon. At the same time, mathematical modelling studies seem to suggest that the fight against TB could be significantly enhanced if the current, albeit imperfect, TB vaccine was complemented with socioeconomic interventions addressing extreme poverty.

We argue that combining socioeconomic interventions with BCG administration could enhance the response to BCG among impoverished children. If our hypothesis is correct, this could become an innovative, alternative model to improve vaccine R&D strategies to TB and other diseases of poverty.

With this grant we aim to assess preliminarily the validity of this interdisciplinary model. Specifically, we will undertake 12 months of formative research to test the scientific appropriateness and feasibility of this approach to TB vaccine R&D. The knowledge so generated will inform a more ambitious scientific proposal to evaluate the actual impact of poverty-reduction strategies on BCG efficacy in a cohort of children in at least two low and middle-income countries.

Despite the pervasive role of social determinants in the epidemiology and control of Tuberculosis (TB), biomedical and social lines of enquiry have proceeded largely independently and so far examples of unified conceptual models linking biological and social determinants of TB are still rare. The VALIDATE project ‘Enhancing BCG Efficacy: the Social Technology Lab Initiative’ has attempted to bridge the biomedical and social model by claiming for an environ vaccinology approach to the research and development of vaccines addressing diseases of poverty like TB. According to this theory, social determinants can profoundly shape individuals’ immunity and must be accounted for in order to explain the differential efficacy of vaccines often observed across populations of different socioeconomic status.  From this it follows that the response to existing or new immunisation tools, can be enhanced by combining their administration with poverty-reduction strategies able to boost the immunity of populations living in severely deprived conditions.

With this project we preliminarily assessed the plausibility of this model applied to BCG: we initially developed a biosocial theoretical framework linking social determinants with TB immunology which was in part validated through a systematic review of the literature.  The evidence generated allowed to identify the existence of two plausible pathways (i.e. mainly via immunosenescence and immune suppression) linking social determinants (and particularly psychosocial factors) to vaccine response.

These evidence are biologically plausible with the immunological processes involved with BCG response; However, we could not identify direct evidence specifically on BCG.  Now the challenge is to confirm whether these pathways holds also in the case of BCG and specifically: a) whether herpesviruses sit on the causal pathway between social determinants exposures and BCG outcomes; b) how and the extent to which social adversities may compromise biomarkers of immunity that are involved in BCG response; c) whether mental health of mothers and infants may somehow mediate the association between social determinants and BCG response.

This ambitious research agenda will be carried out thanks to the creation of an interdisciplinary research group encompassing TB immunologists, childhood TB experts, social epidemiologists and mathematical modellers. This team will run ad hoc studies to further understand the complex relationship between social determinants and the expression of biomarkers of TB immunity and how this knowledge can be leveraged to inform the development of better TB vaccines, but also to understand better the social epidemiology of TB. This research agenda will inform the content of an MRC grant application due to be submitted in April 2019. 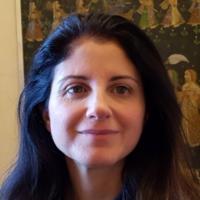 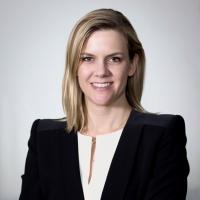 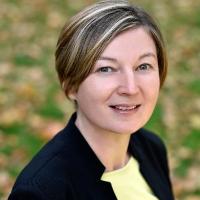