BCG100 - A Programme of Public Engagement from the VALIDATE Network

Taking place throughout 2021, our “BCG100 Programme” marked the centenary of the first use of Bacille Calmette-Guérin (BCG) vaccine for humans. First deployed in Paris in 1921, BCG is the first and, still a century later, only vaccine approved for humans that protects against tuberculosis (TB).

VALIDATE celebrated this importan centenary with a programme of events and activities to raise awareness about vaccines and the disease tuberculosis, which still kills 1.5 million people each year. We also highlighted the work researchers around the world are doing to try to develop a better vaccine against TB and provided resources to allow our amazing members to undertake their own public engagement.

The BCG100 project was supported by VALIDATE's funder, the Medical Research Council (MRC), and the University of Oxford Enriching Engagement scheme funded by the Wellcome Trust.

BCG Then and Now - A Public Lecture from the VALIDATE Network

In 'BCG Then and Now', Prof Paul Fine  (LSHTM) & Prof Helen McShane (University of Oxford) took us us on a journey from the initial development of the vaccine to the modern-day challenges in the fight against TB and the future challenges researchers face in replacing the enduring BCG vaccine.

TB and the use of BCG in Animals: Does it matter to people?

In this talk, Prof Michele Miller and Prof Glyn Hewinson discussed why effective vaccine programmes for animals are essential to the health and wellbeing of humans and the challenges that we still face in making such programmes a reality.

A follow up/spin-off from our very successful VALIDATE for Schools event, Professor Michele Miller and Dr Wynand Johan Goosen from Stellenbosch University talked to students from around the world about their careers, their TB vaccine research, and their work with African wildlife.

‘BCG Adventures’ is a series of simple, browser-based, retro 2D and 3D computer games that aim to raise interest and awareness of vaccine development. You can play the test versions of the games today: 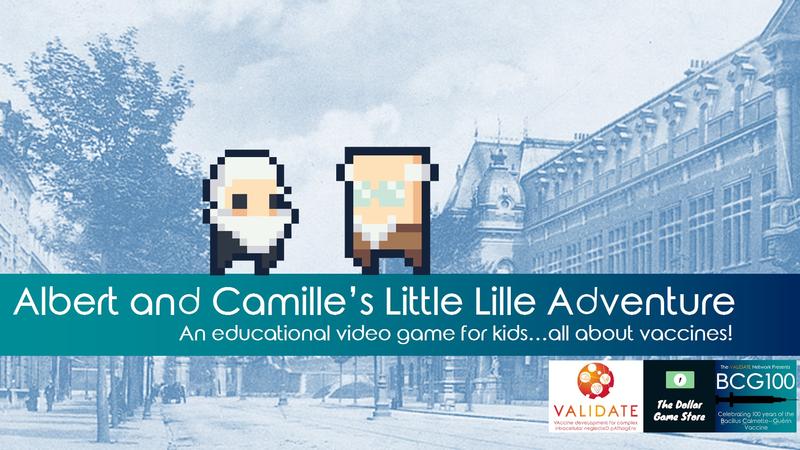 In Albert and Camille’s Little Lille Adventure, you explore the war-torn city of Little Lille in 1917. Take the part of both Albert Calmette and Camille Guérin and interact with the city's citizens to obtain the necessary supplies they need for their important vaccine research. As you collect each item, you will learn about vaccines the methods used to create BCG, the first vaccine against tuberculosis.

Don't get caught by the soldiers! 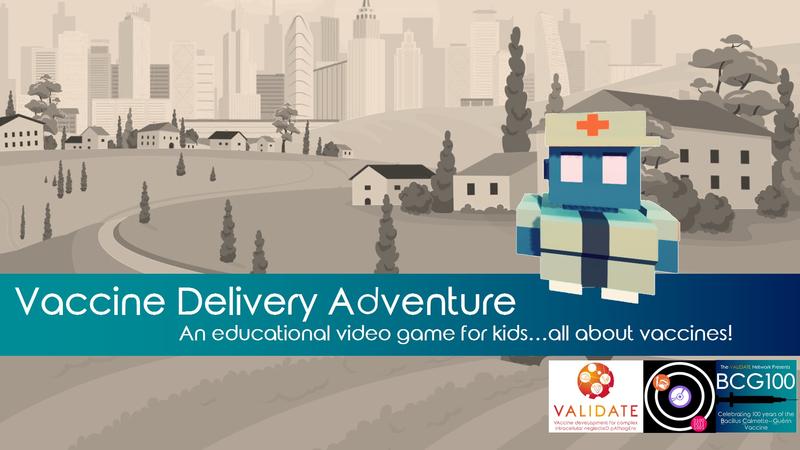 Vaccine Delivery Adventure is a classic side-scrolling action game where you play as a healthcare worker trying to overcome the challenges of delivering the BCG vaccine to communities that need it.

As you deliver the vaccine in different locations you learn more and more about the BCG vaccine and the challenges of protecting communities against tuberculosis. 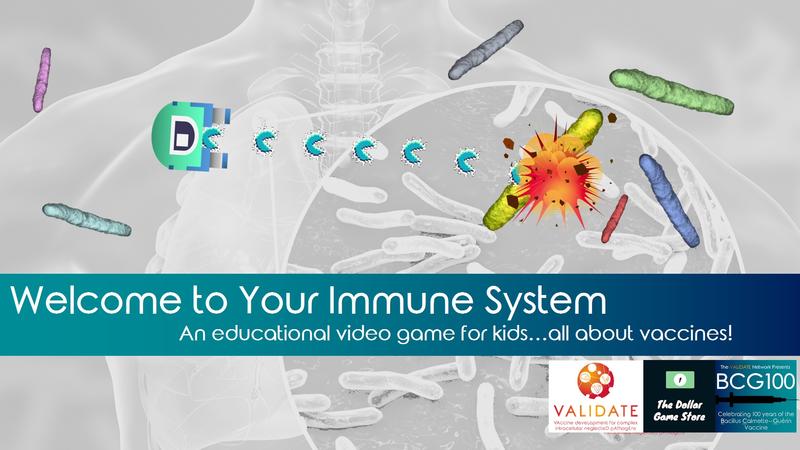 Welcome to Your Immune System is a fun and addictive arcade-style game in which you defend the human body against an attack from bacteria! Use Macropgages and Killer T Cells to fight against Mycobacteria tuberculosis (and learn what these actually are).

Can you hold out before all of your cells are infected??? 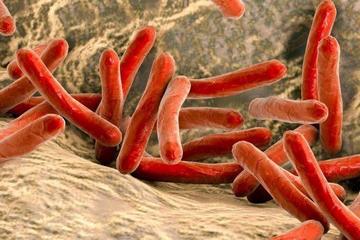 Tuberculosis (TB) is a disease caused by a bacterium, Mycobacterium tuberculosis (M.tb), and is found worldwide. Around one-third of the world’s population is latently infected with M.tb, which means they have been infected but do not yet have active TB disease. Latently infected people have a 10% chance of developing active TB during their lifetime, and becoming ill. In 2019, there were 10 million new cases of active TB worldwide and 1.4 million people died of of the illness (WHO, 2019). After COVID-19, TB the greatest global infectious disease cause of death, killing more people every year than HIV or malaria. Aside from causing death, TB impairs general health, resulting in reduced economic productivity and increased social and medical burdens on families. The World Health Organisation estimates 100 million disability-adjusted life years are lost due to TB in India alone. The average total cost to a patient with TB in a low/middle-income country is US$538-1268, which is equivalent to a year’s wages for many sufferers. 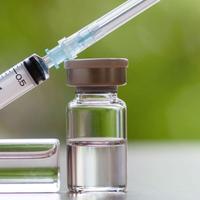 Bacille Calmette-Guérin was developed by immunologists Albert Calmette and Camille Guérin at the L'Institut Pasteur de Lille and was first used for humans on 18 July 1921. BCG uses a strain of attenuated (weakened) Mycobacterium bovis that causes TB cows and other animals. The attenuated M.bovis is weakened to the point where it does not cause harm to humans. By developing immunity to the weakened M.bovis strain the body’s immune system develops protection to the closely related Mycobacterium tuberculosis. When given at birth, BCG is good at protecting against severe disease in childhood, however the protection it confers against lung disease, particularly in adults, is highly variable. We urgently need a more effective vaccine. VALIDATE researchers are working on improving and replacing the BCG vaccine.

Find out more about TB, and what VALIDATE is doing to improve and replace BCG, on our Tuberculosis page.